The Paycheck Protection Program provides small business loans with up to 100% forgiveness to help businesses impacted by COVID-19.
Funds are limited and will be disbursed on a first come, first served basis.

Kyle Driver is a certified public accountant located in Long Beach, California. Kyle Driver is a CPAdirectory verified CPA, licensed to practice in the state of California. The requirements for licensure in California ensure that Kyle Driver maintains the highest standard of knowledge and ethics when operating as an accountant. CPAs may practice as a public accountant, work in private industry, education or government, and are often considered experts in tax preparation. Their overall educational requirements and training in business and knowledge in principles of general law and taxation provide CPAs with the skills to help individuals with both personal and business financial decisions.

Kyle Driver is licensed to practice as an accountant in California under the license number 71495.

Contact the accountant directly to find out about learn more about their skills and specialties, since not all may be listed. All CPAs, including Kyle Driver, have at the minimum an undergraduate degree in accounting verified by the state board of accountancy, and have passed a rigorous national exam. All certified public accountants must also adhere to mandated continuing education requirements, set by the state in which they are licensed.

Kyle Driver has not provided any professional membership details.

Do not, I repeat do not use this guy. We went to him on November 17, 2017 because we were audited for a previous tax year due to an incompetent person at Liberty Tax. Kyle Driver said he could help. On November 22 he said he was going to contact the IRS. I'm thinking the process has started for the "Audit Support". He also said that any monies we get for our 2017 taxes wouldn't be affected by the audit because the audit is done by a different dept within the IRS. On Fri February 9th I went in to have our 2017 prepared, I was told I'd hear back the next day or Monday for sure. Today is March 31st and we still hadn't received a status on our 2017 taxes even after many calls and messages. I sent him a several messages for a status on the audit support, he finally responded on March 26 with" Sure i will I'll be working on it now I haven't yet But i have time now I should have your package ready by saturday (i'll shoot for that) " so 4mos later and the audit support was not started, like it should have been in Nov. We ended up going with someone else for our 2017 taxes two weeks ago because we never heard anything, and still nothing as of today. Well our expected 2017 refund was applied to our past due obligations, which was the tax audited years. Had the audit support been done our taxes more than likely wouldn't have been applied. DO YOUR RESEARCH, LOOK ON YELP REVIEWS UNDER...DRIVERS TU WILLIAMS....DO NOT USE HIM!!! 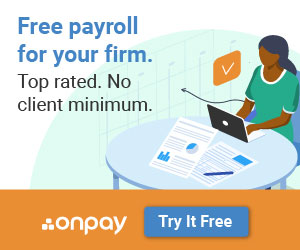 Note: California Certified Public Accountants are licensed and certified to provide independent attest services which includes the audit and review of financial statements which may be required by third parties to provide a level of assurance that the financials accurately reflect the financial condition of the company or individual. If you need accounting, bookkeeping and tax preparation services for your business located in or around Long Beach, California or you just want your individual income tax return prepared, use our search to find a local accountant.